The introduction of visual radio has changed the shape of how traditional radio stations are digested by their audience, given that radio is no longer only listened to in a traditional sense, but is now viewed online from a large variety of different platforms across a major demographic of different people.

As consequence, RTL Belgium have undertaken a large visual radio project to revolutionize how they deliver on their radio shows and reshaped their current radio playout system to enhance how they manage delivery and playout of audio and video simultaneously.

RTL Belgium is a subsidiary of the RTL Group, Europe’s largest broadcasting group operating 68 television channels and 31 radio stations. In the French speaking part of Belgium, they are the market leader with over two million viewing the TV channels every day and with their radio stations boasting an audience of over 600,000 listeners per day.  The new visual radio roll-out will be implemented into the commercial radio stations of RTL in Belgium, starting with Radio Contact and Bel RTL.

Mobile Viewpoint supplied a new automated studio production system that will utilize Artificial Intelligence at its core. The solution, known as vPilot, will control commercially available-off-the-shelf (COTS) Sony PTZ cameras but without the costs of camera-people or an onsite director.

Michel Bais, the CEO of Mobile Viewpoint explains “When RTL have guest speakers or round table discussions, as part of the visual radio experience, it is imperative that they are viewed and their actions and reactions are live streamed as a professional production. To do this effectively, it was traditional to have a camera team and a director to switch between the different people. But by using 3-D scanners and AI, in conjunction with our virtual director as part of vPilot, we can automatically create professional live productions that RTL can push out to their playout server for viewing without the need for additional people. And vPilot can work 24×7.”

RTL Belgium have 6 studios that they utilize for radio stations and each one will have a different vPilot system configured, ranging from a 3 camera system up to a 12 camera system, all of which will be managed through the power of AI.

Frédéric Bochart, Director of Technology for RTL Belgium, believes technology is key to increase content production and reach new listeners. “Almost 20 years ago, RTL Belgium flagship radio was among the first radio to be watched on TV. Basic sets up were used at that time. Today, it has become common place. Mobile Viewpoints technology will help us to enhance our live video production. Face recognition will transform robotic visual radio into a smooth human like TV stream.”

vPilot has been designed to be used without any camera personnel and it is also possible for the talent in the studio to control the cameras through a separate vPanel system. The vPanel also allows the interviewers in the studio to easily add graphics, external streams and insert recorded clips through an easy-to-use interface panel making the whole system totally self-sufficient.

About Mobile Viewpoint: With global customers including major broadcasters and TV production companies, Mobile Viewpoint is a global innovator in mobile live streaming solutions for Outside Broadcast, TV remote production and mobile surveillance solutions. With over 10 years of broadcast experience, they continue to innovate their WMT mobile encoders for live streaming over 4G and 5G, and continue as a world leader in developing AI solutions for automated news and sports productions. Based in the Netherlands, customers includes BBC, Sky News, Al-Arabiya and the Premier League as well as range of law enforcement and emergency first responders. https://mobileviewpoint.com 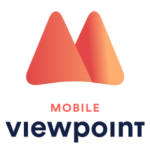 Keesomstraat 8A, 1821 BS Alkmaar, the Netherlands